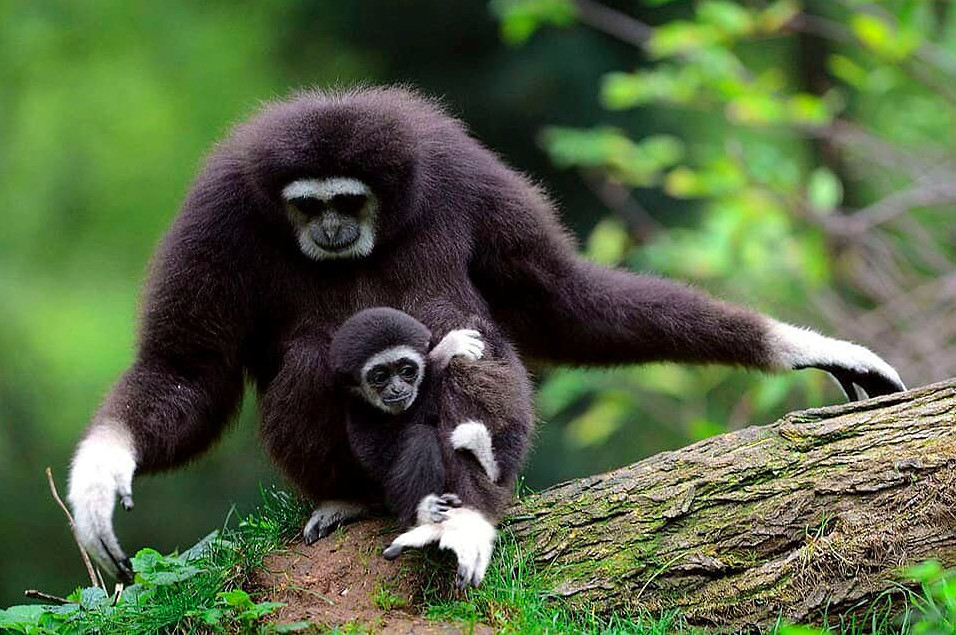 Rainfer is the largest of 2 primate sanctuaries in Spain. The foundation is dedicated to the rescue and rehabilitation of primates that have been abandoned or rescued from circuses and medical testing facilities or from traffickers and private individuals. In addition, Rainfer is dedicated to educating children and young people to respect and protect animals and adults to play a part in stopping the illegal trafficking of wild species of animals.

Since the sanctuary was founded in 1995, Rainfer has rescued and cared for over 480 primates, and currently is home to 124 primates (more than 20 different species). Due to the unnatural conditions to which these primates have been exposed, the majority suffer from serious psychological disorders, that require special daily care and treatment, and others suffer from physical conditions for which they are completely dependent on medication. As a result, sadly, these primates cannot be returned to their natural habitats.  But they are the fortunate ones who will spend the remainder of their lives in this safe caring environment.

The majority of Rainfer’s annual income is generated through the educational activities they offer. The forced closure of the centre during the State of Alarm and social distancing rules being applied by the government has and will continue to have a significant impact on the centre’s ability to generate income until the end of the year. In addition, due to the very strict sanitary protocols that have been imposed to protect primates, as COVID-19 poses a significant risk to them, fewer volunteers have been able to enter the sanctuary and Rainfer’s work rescuing primate has had to completely stop. The reduction in volunteers is having a detrimental affect on the mental health of the primates, due to the reduced amount of rehabilitation they are receiving. Meanwhile, the centres running costs remain constant as they continue to feed and care for the primates.

With Rainfer’s principle source of income (visitors) cut-off due to government enforced closure during the State of Alarm, and unlikely to recover while social distancing measures are in place, the Scheinberg Relief Fund stepped in to provide the funds needed to cover the sanctuary’s monthly running costs until the end of 2020. Funding is being used to meet daily food costs, to ensure all the primates have the medical assistance and medication they require, to employ a new member of staff to continue the rehabilitation work which was previously been carried out by volunteers, to complete the urgent reconditioning of a few enclosures, and to enable Rainfer to continue to rescue abandoned primates.