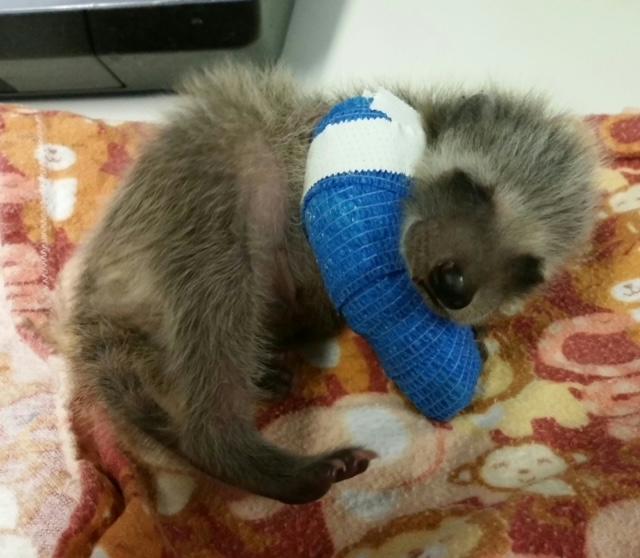 Since 2011, Procyon Wildlife, located near Beeton Ontario, has been working with local and surrounding communities to rescue, rehabilitate, and safely release wild animals in need of care while promoting public appreciation for wildlife preservation through its Education Programs. Each year, Procyon Wildlife looks after thousands of orphaned and injured wild animals. These animals are cared for by a specially trained staff of dedicated volunteers. The facility has indoor nurseries for orphaned infant animals, and outdoor enclosures where animals are transitioned back into their natural wild environment prior to their release. The animals are released into their original natural habitats as soon as they are at their optimum health and able to care for themselves. Procyon Wildlife is a registered non-profit charity that receives absolutely no government funding or support. It relies entirely on donations, grants and fundraisers to keep the facility open and operational. Since the pandemic hit, animal admissions have doubled, and income has dropped by over 45%. Covid restrictions have had a major impact on the organisation’s ability to fundraise over the past 2 years, while the increase in admissions has increased expenditure on medications, vaccines, caging, and veterinary costs, as well as on infant formulas for the various species of orphaned infants. This rise in admissions has also created an urgent need for new outdoor enclosures. With the help of Scheinberg Relief Fund Procyon will build 22 much-needed additional outdoor animal enclosures for foxes and racoons. This will allow more animals to transition from the nursery to outside before they are released. Funds have also been provided to support their running costs.